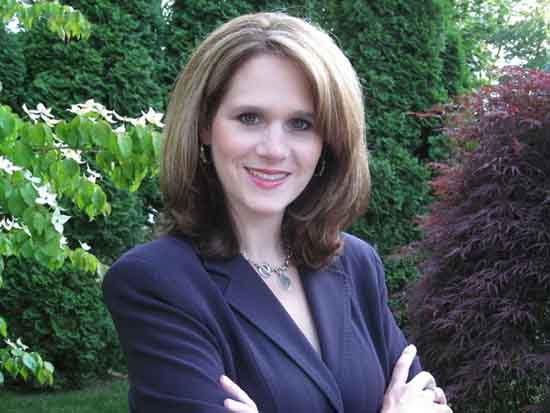 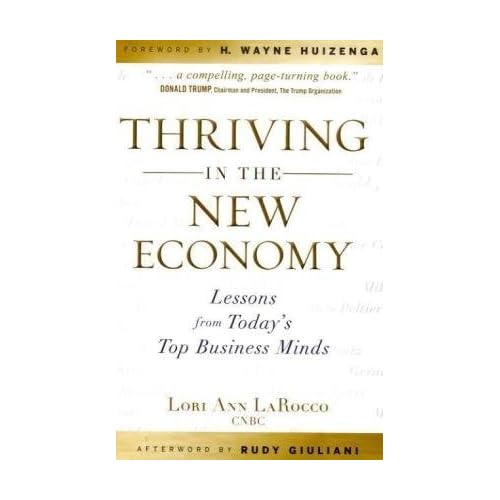 Bio: Lori Ann is the author of:

“Thriving in the New Economy: Lessons from Today’s Top Business Minds” (Wiley 2010). Establishing relationships with some of the best in business, Lori Ann has garnered trust with some of the world’s top rainmakers who tell her first about their billion dollar business deals enabling her show, “Squawk Box” to break the news This book is a collection of insights from many of the most brilliant business minds in the country.   Lori Ann was kind enough to take some time from her busy schedule to talk to our readers.

Bill:  How did you develop such a talented eclectic group of contacts?

Lori Ann: I was first hired as one of Maria Bartiromo’s producers on her first prime time show “Market Week” and over my ten plus years at CNBC have developed what many in the industry call my “trillion dollar Rolodex”.

Bill:  Is your educational background in finance?  Have you ever worked in the financial world?

Lori Ann:  No, in fact I graduated with a double major from college but neither major was in business.  I have never even taken an economics class.  I come from the economic school of “real life”.  I started out as an anchor, reporter and assignment editor worked in various local news markets around the country and my experiences of living in the heartland, down south as well as the north east has enabled me to relate to my viewers.  I joined CNBC in 2000 and it was then I developed all the contacts in my book and learned the business of finance and economics.  In terms of finding the “unobtainable” and learning about the markets and economy, I read five newspapers every morning,

The Drudge Report as well as several business magazines and websites. I go by the motto if I find something interesting, nine out of ten times someone else will as well.  Sometimes the “next big thing” in the markets or economy can be lying in a single sentence buried in a news article.  You always have to be ready and keep your mind open because that’s when the next opportunity can literally be staring you right in the face.  That’s also coincidentally a piece of advice Peter Cohen of Ramius talks about in my book.  You always have to be alert because you never know where or when an opportunity will present itself.

Bill:  Why do you feel these people opened up to you instead of other financial pundits?  What struck me most about your contacts is many of them featured are generally known as being “camera shy”.

Lori Ann:  I’m a people person.  I don’t put people on pedestals and I think they like that.  I treat them the way I want to be treated.  In the case of someone like Richard LeFrak, I called him up once after reading about him in

Forbes magazine and was interested in what he did.  I wanted him to be a part of a “World’s Richest” special that I was planning to have on Squawk Box.  I wanted to have 12 billionaires on the show that have never done TV.  After chatting with him on the phone for a bit he agreed to come on.  When I told him I thought he would be a natural for guest hosting Squawk Box after we were done talking, at first he was doubtful but then after he did his first 10 minute segment for the special, he had such a good time and let’s say the rest is history.  He is now one of our favorite guest co-hosts that I have once a quarter.  He first appeared on Squawk Box two years ago.

Bill:  He is one of my favorites and has a very direct approach.

Lori Ann: Richard is a great story because he does not run a public company, his company is privately held which means he doesn’t have to spin anything for the sake of keeping his stock up. His messages and words resonate with people all around the world. What’s great about Richard is he doesn’t talk down to people. He has his pulse on two key components of our economy: housing and energy. Richard is not a “one trick pony”. His knowledge on the economy is immense and that is why our viewers like him. That’s also why is he a great guest co-host because he can jump into any segment.

Bill:  Have you incorporated any of these people’s advice in “Thriving in the New Economy” into your own investment or personal life?

Lori Ann:  Well first off, I have to tell you I am prohibited from owning or trading any stock. That is a rule at CNBC. I am privy to embargoed information from earnings to mergers and acquisitions. I have a 401k and a pension. In my personal life as well as career though, I use a lot of their advice all the time and the funny thing is I didn’t realize I was doing that until I interviewed them and reflected on the lessons learned.

The overall theme of the book is I took my readers back to the fall of Bear Stearns and Lehman and I not only got their reaction to the crisis, I asked what did they do about it.  Its the *how* and *why* and the strategies they employ that make them so successful.  What made these individuals stand out is they did not cower.  In 2008, many people went into a “turtle shell”.  The constant theme in this book was how these leaders were proactive *not* reactive. They took the negative facing them and turned it into an opportunity. Wilbur Ross mentions how he was in Asia when Lehman fell and after having a conference call with his executives they decided to start looking at financials because that’s where the “opportunity” was. I asked him why? The building was on fire and “why go into a burning building without a hose”. He told me things were so confusing for everyone and people were scared that it created an opportunity for him and his team to go in and cherry pick the opportunities because not all financial companies were bad. Whether I am being a mom or doing my job, I always try to stay calm under fire and concentrate on being proactive and not reactive.

Bill:  Lori Ann thank you for your time today.

Bill’s Review of “Thriving In The New Economy”:

Lori Ann LaRocco, has used her instincts as a Television anchor, journalist, producer and as a devoted mom of three children, to compile a book which enriches your heart as well as your mind.  Her combination of being a producer of a top rated worldwide investing show based on the actions of Wall street has been combined with the self described  PTA mom who lives in her words “the country”.  The result is a concise well written book that is well worth the price and the time it takes to read it.

The section about Wilbur Ross alone is worth the price of the book as he explains his thought process on taking a  stake in AGO stock.  This stock was recommended to our readers in the spring and has been quite profitable.  I am not ashamed to say that a major reason that I recommended the stock was because Wilbur Ross had taken a large position and my readers got to buy it at a significant discount to where Mr Ross originally started investing.

My investing school www.BillSpetrino.com is an interactive way to teach those people who would like to allocate their capital in the most efficient way possible without dealing with an investment professional whose main incentive is to create commissions for he and his business.  Parents and grandparents spend ten and even hundreds of thousands of dollars educating their offspring.  Generally, the teachers are not professional investors and besides who really teaches you how to compound your capital with safe high yield investments.

I have decided to run a special offer which consists of providing you with a copy of Lori LaRocco’s book plus my book “Consume Consume and Consume More“, which illustrates my journey from zero to millionaire status and a bonus 1 year membership in my private interactive trading and investing school know as the BIO Forum for Investors for $259 postage paid.  This is a limited time offer available to the first 30 new members.  If you are already a BIO Forum member, you can contact me to get the two books at a discounted price.

This entry was posted in Book Reviews, Exclusive Interviews, From Bill. Bookmark the permalink.